My ”method”:
I choose ”local” dandelions which grow within the premises of an old croft in Klippan. The  limit  is the borders which make up the garden. On the premises there are three houses.

In the garden dandelions are growing ”everywhere”. I pick plants which I believe will survive the migration to Hyllie. I want a plant which have a large stem root and not too big leaves. I also to a large extent pick plants which grow close to the houses, because I want the houses to appear as negative spaces at the scene in Hyllie. Besides that I try to pick plants from all parts of the garden. 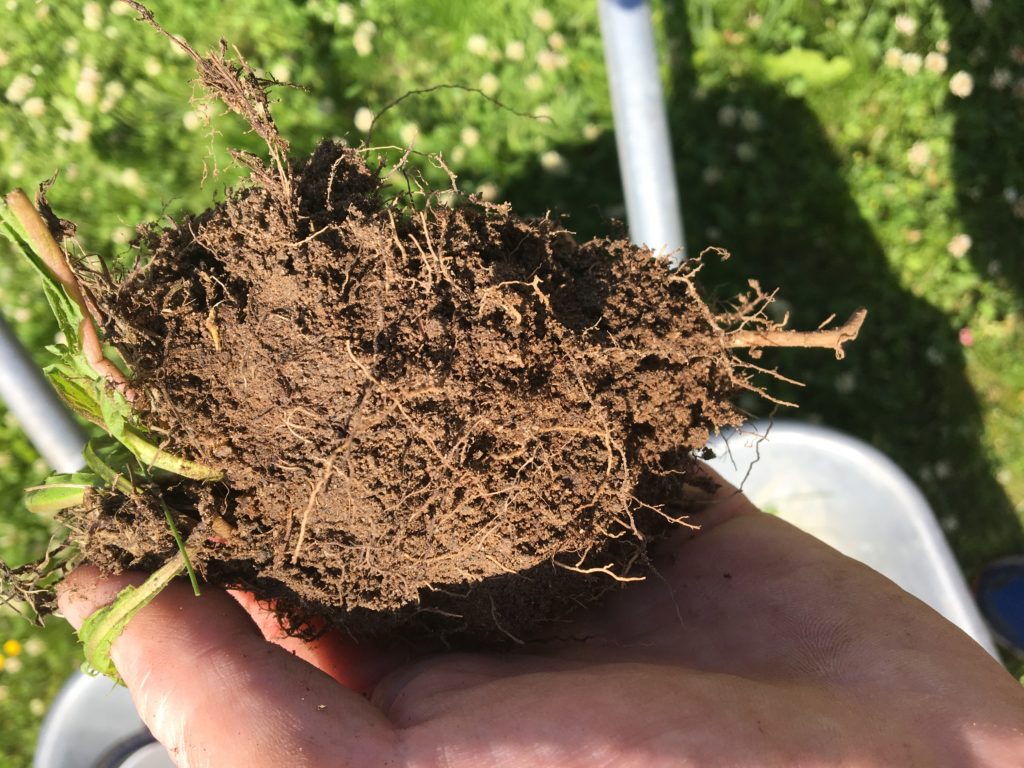 I mark up each plant with a number which corresponds to a number plotted in on a map. The plant will be planted out in the field at Hyllie in the position as its number indicates.

In the garden in Klippan I dig up the dandelions with a long, narrow-bladed scoop. I stick it as deep as I can around the plant and then bend it up. The stem root usually goes off at the tip but it doesn’t matter as long as I get a major part of the stem root intact.

I plant the dandelion in a pot made of three layers of newspaper. It is cheap and easy. The pot has a diameter of 7 cm (to fit in the planting hole) and is apprx 16 cm high. 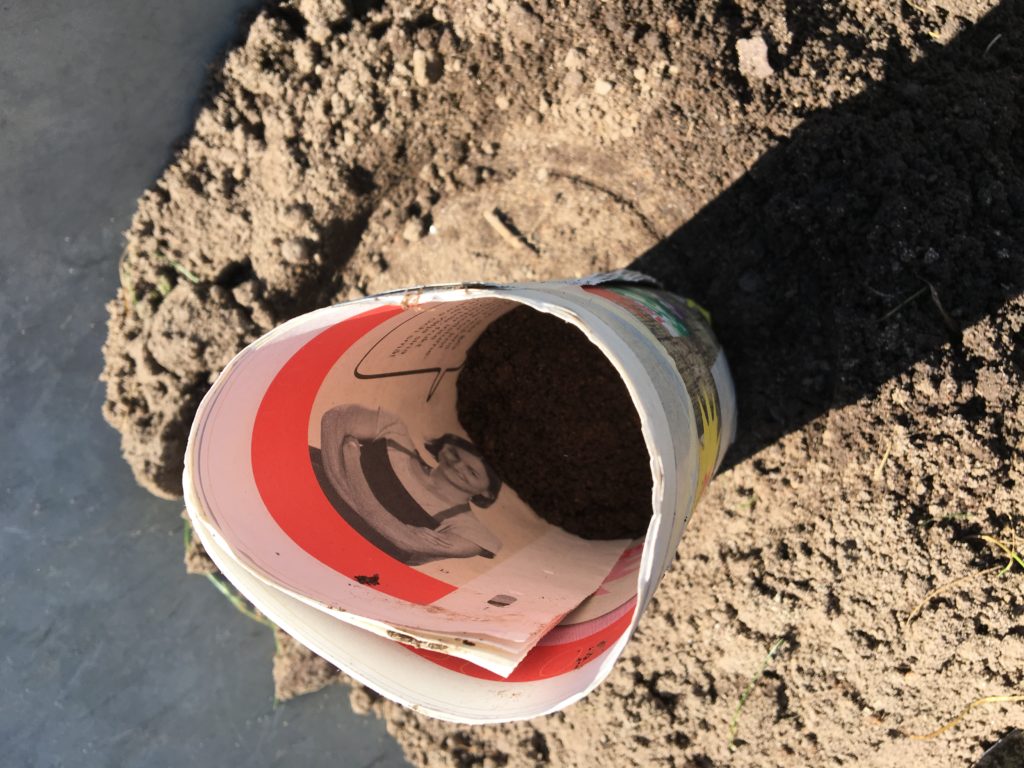 In the pot I put regular soil in the bottom and a third up, then another third with planting soil mixed with swell gel. Swell gel is a product which swells 15 times its own size when it gets wet. It holds the water, so it kind of creates a water reservoir under ground. On the last third I put the plant and some planting soil if needed.

The pot is placed with other pots in a plastic net basket. I let the basket in a shadowy place for a week, with some watering now and then. Now the stem roots develop new fine white threads which go out in all directions.

After a week the plants are ready for transport and planting out in the field. I have a soil drill which makes 7 cm holes. The soil in the recessed area is clay only. It is very easy to hand drill these holes. Each hole is then filled with a pot and marked with a stick with the corresponding number.