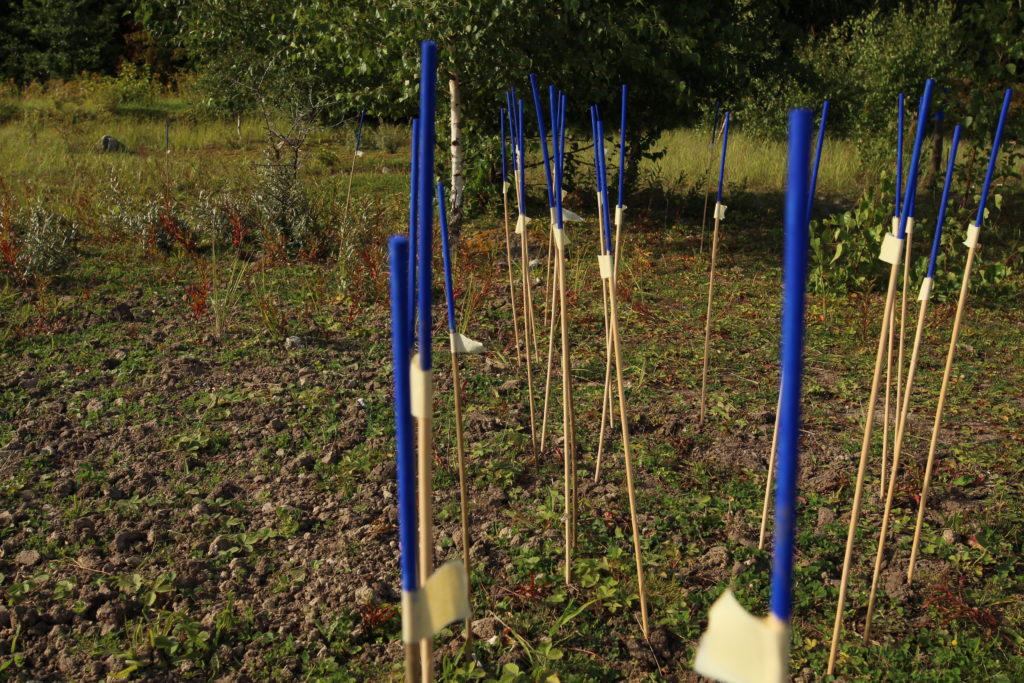 Vague Meadow now consists of 256 plants. Everyone is welcome to harvest leaves from the plants to eat (and the rabbits already does). The planting of more plants has now come to an end, so I will not move any more plants from the croft to Hyllie. The plants look a bit dry now the weather has become more sunny and windy, but I’m sure they will survive both this and the rabbits.

I have been thinking of Vague Meadow as a transfer of one place to another place. A close friend of mine thinks of it as a linking of two places. And maybe that’s more accurate. A visitor said the other day that I probably find my ways very well amongst the sticks (because I know the crofts garden very well). He said that it could look like a relation he had heard about, the similarities between Gothenburg and Jakarta. A person from Gothenburg should find his/her way in Jakarta because the city centres are alike. Rumours are that both cities were originally planned similarly by the same architect. I looked it up. In the 17th century it seems that Dutch town planners designed the canal system in Gothenburg and Jakarta (and even in New York) in a similar way. One city becomes a map for another city. Or?

Find my ways … I like the meaning of the words, but also the linking idea, where what was and what is to become is part of this ”finding ones ways”. It looks like what I think is artistic method, or what an artist does. 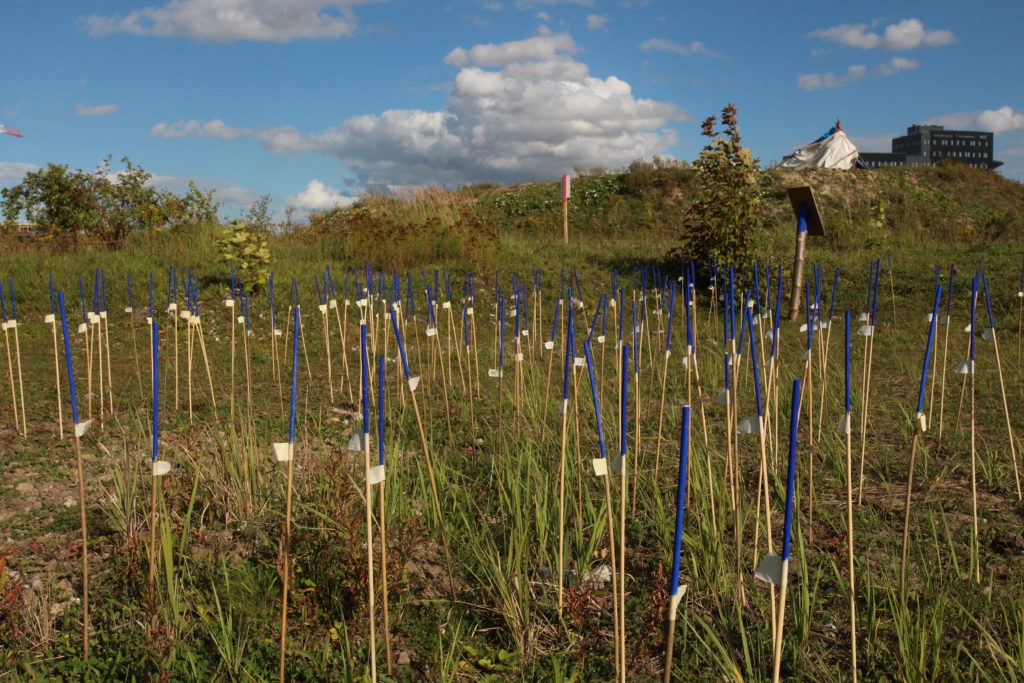 Dandelions bloom for the bigger part in spring. For some unknown reason there are almost no other dandelions growing in Hyllie besides the dandelions I’ve placed there. I have this vision that in April, there will be a yellow dotted carpet on the spot, around three empty rectangles. Shadows from somewhere else.

There is another aspect which my friend is pointing at. The memorial and the use of marginalized material. The linking could be seen as a memorial of one place at another place. Typically, it would be a vertical celebration in bronze. By using culturally unwanted, growing material like dandelions I alter everyday aspects of a place, not the heroic or spectacular. I think this is true. But I also remember my first idea, which was about growing spectacular pink- and white blooming varieties of dandelion. The idea wasn’t only naive (the dandelion plant will bloom first the second year of its life), it also included an urge to make something spectacular, unusual, special. Maybe that’s where I must look more carefully in my future project ideas.