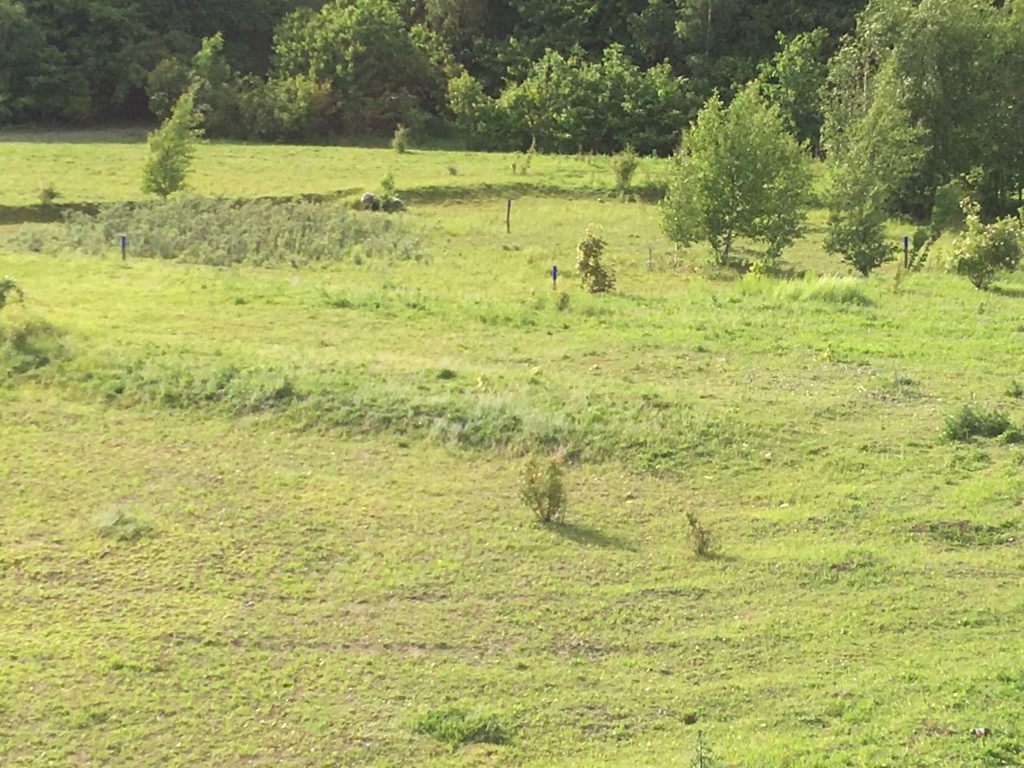 There is a recessed area in the terrain at Hyllie. The top soil layer has been removed. These are the traces of archaeological excavations that were made about 15 years ago. In the excavations, leftovers from old settlements were found. These stem from
younger neolitic, or peasant-stone age (about 3000 years BC). It was during this time people began to grow land in Skåne.

In the recessed area, the boundaries of the croft in Klippan have been marked out with four posts, in scale 1: 3. Within the selection, the dandelions are planted in the same position in relation to each other as they grew at the croft (but in a 1:3 ”setting”).
The four posts are possible to see in the image above, with some blue colour on top (click on the image to get a bigger view). The hatched rectangles in the image below represent buildings at the site in Klippan. 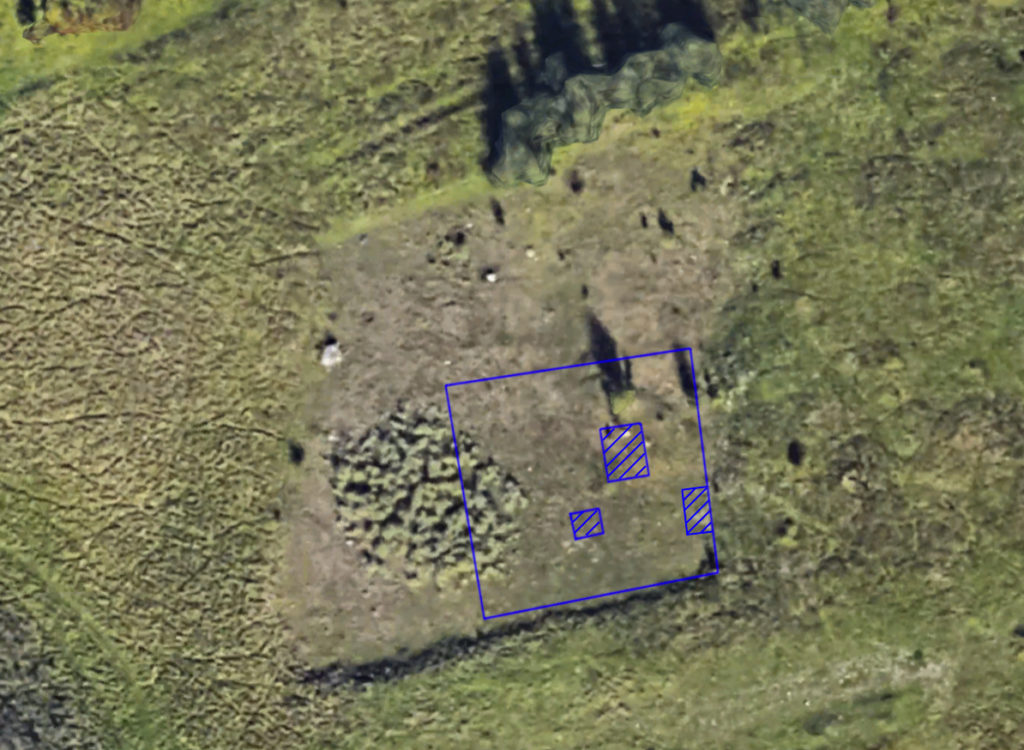